Use the search fields below to find the best mortgage rates in Nova Scotia to meet your home financing needs.
Loading Rates... 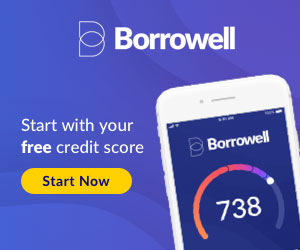 Be sure to shop around for a mortgage rate before you settle on a home financing solution. Mortgage rates vary widely from lender to lender, and often you can negotiate for a better rate if you do your homework.

Likewise, you can use the MapleMortgage.ca mortgage search tool to find the best mortgage rates in Nova Scotia and contact the lenders who match your mortgage needs the best.

What's the difference between a fixed rate and variable rate mortgage in Nova Scotia?

Accounting for 74% of all mortgages, most mortgages in Nova Scotia are fixed rate loans. Fixed rate mortgages offer homeowners more predictability. The monthly mortgage payments on fixed rate loans remain the same for the duration of the mortgage term. Your payments won't change because of interest rate changes.

Open mortgages have no prepayment limits. You're able to make as much in extra payments towards your mortgage whenever you want during your mortgage term, without penalty.

Homeownership rates in Nova Scotia fall within national averages, with 64% of Nova Scotian households owning the home in which they live in.

Nova Scotia is located in the eastern region of Canada. With a population of 970,000 residents, it's the largest of the Atlantic region provinces. Nova Scotia is the 2nd smallest province by land size, and the 2nd most densely populated in Canada.

Major economic sectors in Nova Scotia include fishing, tourism, and manufacturing, with manufacturing making up the largest share of GDP in the province.

Nova Scotia has one of the lowest GDPs per capita in Canada. The province generates about $46,000 in GDP for every resident, well below the national average of $60,000.

The province is a net import economy, importing more goods than it exports. Interestingly, Nova Scotia is the largest exporter of lobster and Christmas trees in the world.